Who Are You? How to talk about cultural identity

A Guest Blog by Melissa Hahn 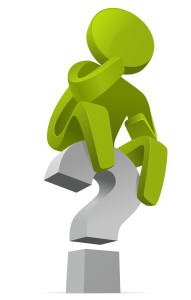 How do you know who you are? Is it something you understand from within yourself, or something that other people see in you? For most people, it is a bit of both – but how we see ourselves doesn’t always match how others see us. And sometimes, what is not understood is rejected.

Who are you, anyway?

Take me, for example. I was a freshman in high school in the late ‘90s, dressed in skater shoes and listening to the Goo Goo Dolls on my Discman. I was preoccupied with fitting in, like any kid, but wasn’t worried when my history teacher asked us to raise our hands and share about our heritages. Mine was straightforward, or so I thought.

“Volga German,” I stated with confidence.

A few kids snickered. Apparently to a room full of fourteen-year-olds, Volga didn’t sound like a river. I looked to the teacher, sure she would come to my defense.

Mrs. Wheatley scowled. “No, that can’t be.” She unfurled a dated world map – a giant scroll on the wall. “The Volga River is in Russia, far from the German border. You must be confused. Your family couldn’t have been German in Russia.”My cheeks flushed. Was I being reprimanded?

I started to explain that Catherine the Great had invited Germans to farm the steppe, but my teacher didn’t want more details and the class was already bored. With a dismissive shrug she moved on to the next student.

I was stricken. Was she saying my people didn’t exist? That couldn’t be. If that was true, then where did those special foods come from that we ate at holidays? And those distinctive words that peppered our conversations? Why would my family make up something like that?

For a while, Mrs. Wheatley’s rejection tormented me. I looked up our recipes in German cookbooks and came away empty-handed. I recited our family’s prayer to German exchange students and got blank looks in return. “That’s not German,” they’d say, bewildered. Then who are we?

I finally got the reassurance I needed when I went to college and studied Russian. One day my professor asked us to discuss our heritages as part of a lesson on describing our families. “Of course, Volga Deutsch!” she exclaimed with appreciative understanding. For the next few years, she went out of her way to share bits of history and to connect me with scholars researching my people.

Turns out, we were a thing after all. I just hadn’t known where to look.

Today, I am no longer dependent on a teacher’s acknowledgment of my identity, so why does this relatively small incident from high school linger like a pesky hangnail?

For one, I think it’s because this was one of the few times that my identity was questioned. Which makes me consider how upsetting it must be for people who go through the “who are you/that’s not who you are” scenario all the time.

Second, it has recently begun to dawn on me that I am probably Mrs. Wheatley in someone else’s story. I have undoubtedly asked questions that weren’t mine to ask and responded in a way that was dismissive or insulting. And like her, I probably never gave my rudeness another thought. Because if you’re mindlessly hurting someone and don’t even realize it, you don’t remember it.

Third, even though this is my own personal incident, I think there are some things that we can all take away. We Millennials are living in the most diverse society that the U.S. has ever seen, and we’re studying abroad in record numbers. This means we are going meet people whose stories don’t exactly make sense to us, and at some point, the topic of identity is bound to come up. Most of us would never want to be that jerk that hurts someone’s feelings, and we wouldn’t want to jeopardize an important work relationship or inadvertently mess up a friendship. So what to do?

Steps to avoid being Mrs. Wheatley:

1. Be sincere. It’s sort of the basic rule of friendship, and it does wonders for crossing cultures.

2. Be humble. If you don’t know something, just admit it. Nothing is worse than arrogant ignorance.

3. Be self-aware. Reflect more on your own culture and consider your motivations for learning about another’s. This will not only help you avoid objectifying others, but it can lead to meaningful dialogue, too.

4. Be a good listener. It’s hard to learn what you don’t know if you’re doing all the talking or steering the conversation.

5. Be fair. Don’t make someone vulnerable by highlighting their identity if you lack the time to really hear about it, or if you aren’t equipped with the cultural sensitivity to do so properly.

6. Be discerning. Look for clues that people are open to discussing culture and identity with you. Don’t adopt the first person who looks different from you as your “go-to” cultural informant.

7. Be supportive. Where appropriate, find ways to validate another person’s identity.

8. Be courageous. There is a very good chance that at some point, you’re going to be/feel awkward. Accept that you’re going to put your foot in your mouth eventually and try anyway.

9. Be patient. Relationships and cultural learning both require time and commitment. The good news is that the more you grow, the more you can keep growing.

10. Be willing to accept feedback and apologize if necessary. Rather than argue if someone tells you that you’ve hurt them, consider that they are really in the best position to know how they feel.

I think it would have made a difference in the class’s learning, and certainly in my own experience, if my teacher had tried some of these tips. There are also times where I could have been a better friend or had smoother sailing at work if I had been more mindful.

Can you see yourself putting them into practice?

Let me know how they work for you, and what challenges or realizations you have. Just remember to keep trying, and to keep reflecting.

Hopefully by the time we Millennials are the oldest generation, we’ll have this down! 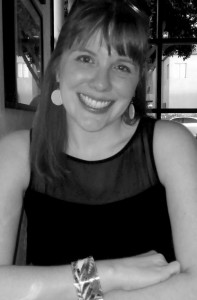 Melissa Hahn is a writer and cultural consultant. Originally from Phoenix, she has also lived in Atlanta, Krakow, and the Twin Cities. She has previously worked as a foreign policy analyst and feature writer, and is currently developing intercultural children’s literature. She recently completed her Master’s in Intercultural Relations from the Intercultural Communication Institute and the University of the Pacific.

Here is more on intercultural competence and having difficult conversations:

Time for an Upgrade: Moving beyond the Golden Rule