The Ideal vs the Real America: How to close the cultural divide 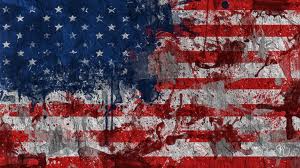 In the United States, Americans deeply believe in equality and justice. This is a country of free people supported by a system that is fair and just. We have freedoms not afforded to those in other countries, and it is these freedoms that set us apart. We are free to express our opinions, speak out against our government, and to create the life and future we desire. Unlike any other place in the world, we have greater opportunity and access to education, professional training, and success. It is in part what draws others from around the world to live here in the United States. Growing up, we believe in the American dream where the average person can overcome mediocrity and succeed, even those foreign born. This is our ideal America.

In the United States, there is a huge disparity between the rich and the poor, men and women,  the black and white, the young and old, the straight and gay, the citizen and the foreign born. When our country was founded and the Constitution was written, it proclaimed freedom, equality, and justice for all. But, the Founding Fathers did not actually mean all. From the day it was written until this very day these rights and freedoms given to citizens by the Constitution have not applied to the poor, women, children, black, American Indian, homosexual, or foreign born.  The institutions and systems that were created to uphold these values were designed to meet the needs of men of European ancestry with means. They were not created to serve all, much less the diverse population America is today. So these groups have been marginalized, disenfranchised, and oppressed and have had to fight to have these rights apply to them from day one.  This has resulted in extreme disparity between men of European ancestry with means and the rest of us.

This is the real America:

This is just a sampling of the gap between our idealized version of the United States and the reality. In reality, we do not value freedom, equality, and justice for all, but only for a few. This makes it only that much more critical that we learn how to discuss difference and disparity.

As a culture and society, we are not comfortable talking about disparity unless it directly applies to our own experience. This discomfort and uncertainty stifles the dialogue, breaks down communication, and we miss the opportunity to find long term solutions.

The reality is that each American has had a different American experience, depending upon their gender, class, status, age, sexual orientation, race, religion, and citizenship. These different experiences do not change the fact that we all share a desire for the ideal America. So we must learn how to be more comfortable having these conversations.

How to have the conversation?

To participate in a conversation about difference and disparity, it is essential to:

As professional intercultural trainer, I can say with confidence that conversations about difference, culture, race, and disparity are very difficult to have. There is a lot of fear and discomfort.

People are afraid they will:

All of these will likely happen so we must be willing to accept that they will, and then ask for forgiveness and understanding when they do.

It is like learning anything, the more you practice having these conversations, the better you will be at having them. 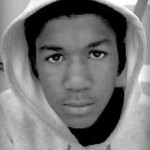 Like many events in American history, the death of Trayvon Martin and subsequent court ruling has left many, especially the young and disenfranchised, in America very sad. This young man lost his life in a tragic and violent death as a result of his  perpetrator making a series of decisions based upon his own fear, prejudice, and assumptions about young black men. Now that his perpetrator has gone free, we are left asking why?

And truthfully, there isn’t a why that will make sense so we have to ask a different question.

What can we do to make sure this doesn’t happen again?

There is a lot of direct political action you can take, and I encourage those of you who live in the US to pursue them.

On a practical level, it is time to start having these difficult conversations so we can all do our part to close the cultural divide to create the ideal and promised America we so desperately desire.

Seek out opportunities to engage and listen. Understanding and awareness will go a long way in closing this gap.

Here is more to help you have cultural conversations:

Let’s Make it Uncool to be Agist!

Intercultural Basics: How to talk about culture and difference