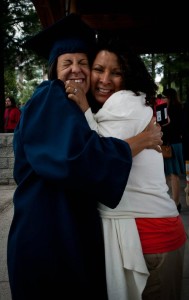 Shara Thorpe YOU INSPIRE ME! Congratulations to you and Northern Arizona University’s Graduating Class of 2013.

This month’s Millennial Inspiration hits close to home, because Shara is my step/bonus daughter. Over the last 12 years, knowing her has brought extraordinary challenges and gifts. Teaching both of us invaluable lessons about each other and ourselves.

The very first time I sat with Shara and had a conversation, she told me hadn’t ever thought of going to college or university. As the years progressed, she began to envision a life and career for herself which included a college degree. But she wasn’t convinced it was something she could do. So years later, I am inspired by her ability to set her sights beyond what she believes she is capable, and achieve it.

Shara is a first-generation college graduate, neither of her parents nor grandparents attained a college degree. So college never really felt within her grasp; after high school, she was filled with mixed bag of emotions about college and her future.  Like many first generation students, Shara suffered from self doubt about her academic abilities, not believing she was “college material”. And because she was less familiar with college processes and procedures she felt uncertain about how and where to begin. Though a series of events (important life lessons), going to college full-time became Shara’s best and only option. This didn’t alleviate her fears and concerns, but only heightened them. She had to learn how to be an effective and successful student which not only included adopting new behaviors, but also breaking old bad habits. It can be difficult to feel integrated socially and academically on a college campus, but within a very short time, Shara gained confidence and learned to be an outstanding student. 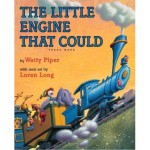 Shara’s “I think I can” attitude has inspired her and those around her to persevere in the face of adversity and to dream big, even when it seems you have no business doing it.

So dream big, and work hard. You deserve it!

When I asked Shara if she had any insight or advice for her generation, she said:

Always be you. It may have taken me 10 years to graduate college but I had to do it that way. You have given me all the advice and support in the world but at the end of the day I had to do what was best for me. I have always been 100% who I am and sometimes people may not like what I have to say or the beliefs that I stand for but at the end of the day, people will love you for you. I am crass and inappropriate and a little crazy… and that is OK. What may be a “flaw” to someone may be your greatest strength. You have to follow your heart and stay true to yourself. I didn’t get where I am today by living by all the rules. You can’t be afraid to do what you believe is right… even though everyone in the world will tell you otherwise. Live by your rules. Be genuine.  And above all, always have love in your heart.