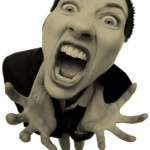 Just last week I gave a presentation on Mentoring Gen Y’s at the UNM’s Mentoring Conference here in Albuquerque, NM. Age discrimination came up when a man in the group suggested generational differences are cause more conflict and frustration than any other cultural difference in organizations today.  It wasn’t so much that I disagreed, because we know that Gen Y’s (or Millennials) are entering the workforce in large numbers and within the next two years you are expected to be the majority in most organizations. So addressing and understanding how age and generational differences impact the professional collaboration and organizational culture is important, but why is so hot and heated. Because people are much open about it, and speak more freely about their age/generational bias. The things we openly say about younger or older people, would never fly in discussions about gender, race, or sexuality.

So why is slamming someone because of their age so socially acceptable? I suspect because no one has gotten angry enough to make it stop or it’s so prevalent we don’t really know how to make it stop. So let’s start a new trend and lets make it un-cool to voice bias and stereotypes about others because of their age. Like any other culture group, generational groups have their own culture, beliefs and values which shape their norms and behaviors.

A starting point is accepting how we are different, and approach our differences with a genuine curiosity and desire to better understand one another. When we understand each other it is much easier to find out where we have commonalities, and it empowers us to see the differences with more empathy and creativity. If families, groups, and organizations can approach age differences as well as cultural differences, with more empathy, curiosity, and creativity then these differences will be recognized as an asset, an untapped source of energy and opportunity that can be leveraged for successful interaction and collaboration. Come on, be cool, don’t be agist!