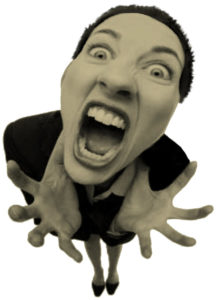 One of the biggest Disney songs of all time and the most annoying phrase to hear from someone when you’re frustrated is:

But seriously, it’s the best advice leaders can get when it is time to move on and move forward.

Just recently, I was speaking with a couple of tech start-up founders who were feeling overwhelmed and frustrated. Their companies are growing, and while they are happy with the success, they’re struggling to delegate responsibilities to their new hires.

And when I say struggle, I mean they are terrified of giving up control, allowing others to take on more responsibilities, and letting go of the work they used to do. So rather than let go these guys are micro-managing  everything (which must be super irritating for the new hires) and it leaves them feeling overburdened. But even worse, they are frustrated that their new hires are NOT more self sufficient.

That’s when I had to stop them and point out their irony of their rant:

You’re afraid to let go, but want them to be more self-sufficient? How can they possibly be self-sufficient with you hovering over them and questioning the way they do things?

Then I explained that new hires can’t be more self-sufficient, if they don’t let go.

As leaders of growing organizations, it is essential to learn to let go of responsibilities and effectively prepare others to take them on. Here are three simple, yet impactful, steps to take to prepare both yourself and new hires to take on more.

Create and provide a clear description of the specific tasks and responsibilities for new hires.

Define and deliver a clear path and process to train new hires on their new responsibilities.

You must be willing to let go, and be patient while they learn and practice their new roles and responsibilities. This doesn’t mean you can’t monitor the quality of their work, but you can’t hover and micro-manage.

When you allow your team the space and freedom they need, they will feel good about themselves, the work, and you. And they might even find a better way to get things done which is the benefit of growing your team and having new and different perspectives.

Once you let go, give them space, and accept that it may look different you will find a new normal and be able to move forward. And you will officially transition from founder to leader or as I like to say, from entrepreneur to leaderpreneur.