Meet Base aka DJ Base! 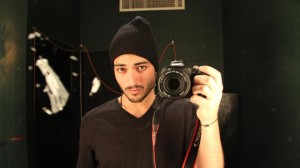 Base… YOU INSPIRE ME! Your fearless pursuit of success is awe-inspiring! Let’s face it, you’ve got guts and drive!

We all dream of success and rarely do we consider what we will do once we achieve it. Base has inspired me to think of success as cyclical; when you’ve reached your goals, don’t settle, create a new challenge and aim your sights even higher.

You see, by the ripe old age of 21, Base aka DJ Base, had become “Lebanon’s youngest, fastest rising and most renowned hip hop and R&B DJ”. He has worked with artists such as Akon, Snoop Dogg, 50 Cent, Wiz Khalifa, and The Game, and was the resident DJ at the SkyBar Beirut. Still today he hosts a weekly radio show on NRJ 99.1FM, NRJ MASTERMIX and NRJ International and his own show The Base Sessions featuring Middle East and European Hip-Hop.

In a few short years, starting as a teen, Base gave 100% of himself to build his brand and achieved unparalleled success. So what did he do next? Afraid of becoming complacent, he walked away from his career in Beirut and moved to Los Angeles, California to tackle the LA music scene. He quickly learned this would be no easy feat.

With the few contacts he had in LA, he started to make calls and began to discover that the DJ scene in LA was a totally different beast. With the realization that he wasn’t going to just start from where he left off in Beirut, he accepted that he was going to have to start over, and do something new. Applying the same fortitude and ingenuity he had earlier in his career, he took a risk and went a bought a camera. With little experience in video production, he met up with a friend on a music video shoot and asked to film “behind the scenes” footage. Recognizing his innate talent, another producer asked if he was interested in doing more video production leading to an internship with DJ Skee, DJing and producing radio shows broadcasted to millions across the globe. Since accepting that internship he has quickly made a name for himself in the West Coast music scene, with weekly shows in Lebanon, Los Angeles, online and via satellite radio and continuing to work with Snoop Dogg, Wiz Khalifa, 50 Cent, The Game, and adding Sean Kingston, Justin Bieber, and Crooked I to his long list of talent.

It took humility, bravery, patience, and vision to make the move from headliner to intern. Some expect success to come easily, while others, like Base, work for it.  His story teaches us success requires commitment, and a willingness to learn something new, even if it requires you to step out of the spotlight. It is never too late to start again and never too early to start over!

When I asked Base to share any insight or advice he had to inspire his generation, this is what he said:

Know what you want and work daily on getting closer to it. Don’t get drifted away by the daily tasks. Stay focused and see what you want.

FYI: If you’re wondering how it is I know someone so cool, its because we are both also philanthropists. We are volunteers with CISV International, a global peace education program for children and youth that inspires active global citizenship. Learn more at www.cisv.org